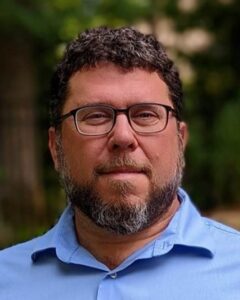 Matt received his B.S. from the University of Maryland, College Park. After graduating, he worked as a research technician for two years at Walter Reed Army Institute of Research in Washington DC before attending graduate school at the University of Michigan where he received his PhD in Cellular and Molecular Biology in 1999. While at Michigan, Matt worked in the laboratory of Dr. Michael Koomey studying type IV pilus biogenesis in Neisseria gonorrheae. He completed his postdoctoral studies, as a Cystic Fibrosis Foundation Fellow with Stephen Lory, at the University of Washington and Harvard Medical School, where he studied Pseudomonas aeruginosa gene regulation. Matt started his faculty career at UNC in 2003 as a member of the Department of Microbiology and Immunology and the CF/Pulmonary Research and Treatment Center (now the Marsico Lung Institute). For much of his early career, his research focused on delineating the cyclic AMP signaling network that coordinates acute virulence systems in P. aeruginosa. Over the years the lab has expanded to include projects focusing on post-transcriptional regulation of virulence, the respiratory tract microbiome of chronic lung diseases, and novel antibiotic mechanisms of action. More recently the lab has adopted a multidisciplinary and collaborative approach to study the pathogenesis of chronic respiratory infection in muco-obstructive airway diseases (CF, COPD, bronchiectasis). The lab uses in vitro systems, primary cell culture, animal models, and clinical respiratory samples to address the unmet medical needs associated with recalcitrant bacterial infections. In addition to his active research program in chronic bacterial lung infection, Matt has established and leads a translational research team studying innate immune metabolism in the lungs of severely ill COVID-19 patients using an organ-specific multi-omics based approach. 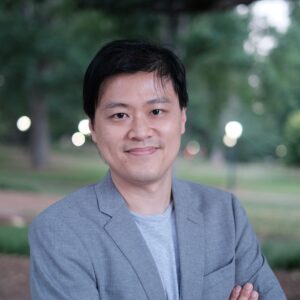 Shih-Wen joined the Wolfgang lab in 2022. He earned his MPH degree at the University of North Carolina at Chapel Hill in 2021 and M.D. degree at the China Medical University in 2006. Shih-Wen is board-certified in pulmonology, critical care, sleep medicine, and internal medicine in Taiwan. He has comprehensive knowledge of pulmonary disease management and abundant experience working with respiratory-affected populations. At the clinical level, he was Director of the Intensive Care Unit at the Taiwan Adventist Hospital, adjunct attending physician, and instructor at the National Taiwan University Hospital and the I-Shou University. While working in these roles at the university and regional hospital settings, he developed an enthusiasm for public health and a strong passion for respiratory health and clean air advocacy. To help improve public health, he returned to school to earn his MPH degree 13 years after graduation from medical school. With public health education, Shih-Wen is eager to scale up to help more people’s health. At the research level, his research interests include air pollution, environmental exposure, and risk assessment. He has conducted extensive research focused on reactive airway diseases, critical care, and sleep-disordered breathing. He is excited to research bacterial infections in muco-obstructive lung diseases at Wolfgang lab. 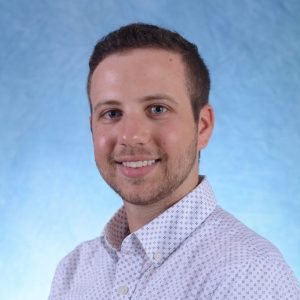 Matt joined the Wolfgang lab in 2020. Matt received his bachelor’s degree in Microbiology and minor in chemistry from the University of Pittsburgh in 2018. Before joining UNC for his PhD, he conducted research in a few research labs. He first started in research identifying antimicrobial small molecules produced by soil microbes. Matt continued research in the Dietrich lab at Columbia University, studying the branched terminal electron chain of Pseudomonas aeruginosa and its effects on biofilm formation. At the University of Pittsburgh, Matt participated in the iGEM synthetic biology competition, where he worked with a team of undergraduates to design a cell-based recording mechanism for recording biological information into the DNA of E. coli using CRISPR base editors. In the Wolfgang lab, Matt’s research focuses on understanding the effects of the mucus environment of muco-obstructive lung disease on bacterial phenotypes such as quorum sensing. Additionally, he is interested in the mechanisms of how the mucus environment and its associated phenotypes promote antibiotic tolerance and potential therapeutics to overcome tolerance. 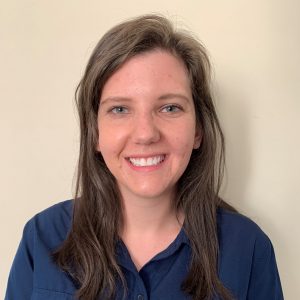 Taylor joined the Wolfgang lab in 2020. Taylor comes from an environmental public health background and is a microbiologist by training. She graduated in December 2020 with her Master of Science in Public Health from the Gillings School of Global Public Health at the University of North Carolina at Chapel Hill, where she previously completed her Bachelor of Science in Public Health from the Department of Environmental Sciences and Engineering. Taylor’s previous research primarily focused on detecting fecal contamination of ground and surface water in Eastern North Carolina, where household dependence on private wells for drinking water, hydro-geographical features, and local industries have the potential to contribute to an undue burden of diarrheal disease. In addition, her lab regularly monitored streams and rivers adjacent to concentrated animal feeding operations before and after hurricane-associated rainfall and flooding events, such as following Hurricane Florence in 2018. The jump to cystic fibrosis was a natural one, having previously studied and phenotyped Staphylococcus aureus as a fecal contaminant of hog waste with the potential to transfer antibiotic-resistant genes into the environment and community. Taylor currently works toward developing a better murine model of muco-obstructive airways diseases. 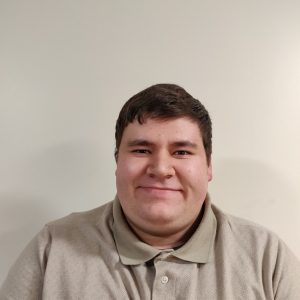 Matt joined the Wolfgang lab in 2021. Matt earned his bachelor’s degree in Microbiology and master’s degree in Molecular Biosciences from Albany College of Pharmacy and Health Sciences (ACPHS) in 2020. His research at ACPHS included investigating the oxidative stress response of Francisella tularensis during infection and its role in virulence under the direction of Dr. Meenakshi Malik. He uncovered that the redox protein thioredoxin regulates the expression of oxyR, a global regulator of oxidative stress in Francisella, and therefore contributed to virulence. While at ACPHS, Matt was also involved in several extracurricular activities, including developing a partnership between ACPHS and two biotechnology companies, Regeneron Pharmaceuticals, and Eli Lilly. This partnership allowed for direct access of ACPHS students, with a focus on Microbiology students, to internships and Co-Ops at these companies, many of which have led to offers of full-time positions post-graduation. At UNC, Matt’s research focuses on the intersection of the host immune system and antibiotic tolerance of Pseudomonas aeruginosa in chronic lung infections in individuals with muco-obstructive airway diseases. 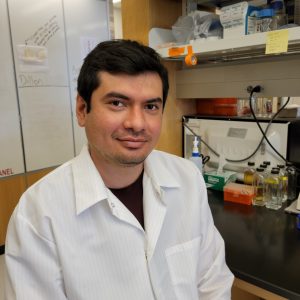 Cristian joined the Wolfgang lab in 2021. Cristian is a native of Bolivia. He completed his bachelor’s degree in Biochemistry at Gabriel Rene Moreno University in Bolivia. Soon after that, he was accepted into a training program on infectious diseases research led by Dr. Robert Gilman from Johns Hopkins University. In Gilman’s lab, Cristian’s research involved immunological factors used as predictors of congenital Chagas disease. He continued his education by obtaining a master’s degree in epidemiologic research at Peruvian University Cayetano Heredia. During his master’s, he learned how to use clinical approaches to achieve immediate results over a given population. Later, a Tropical Medicine course at Johns Hopkins and new projects about antimicrobial resistance and diagnostic test development supplied him with comprehensive training on infectious diseases based on clinical research. In the Wolfgang lab, Cristian’s research involves using basic science and translational approaches to better understand the effects of antibiotics therapies on bacterial populations in individuals with persistent airways infection. 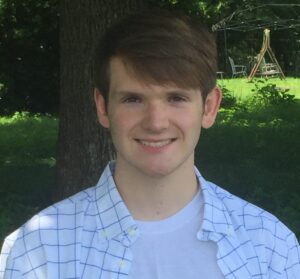 Isaac is a 2022 graduate of the University of North Carolina at Chapel Hill, receiving a B.A. in Philosophy and minor in Chemistry. His long-term goal is to attend medical school and specialize in immunology. Isaac has a strong foundation in microbiology and immunology, developed over multiple years during his undergraduate studies while serving as a student, peer mentor, and student instructor for Medical Microbiology led by Dr. Lorraine Cramer. Dr. Wolfgang’s lab serves as a fantastic experience for him prior to medical school as it is heavily related to both microbiology and immunology while also providing a unique and rich introduction to the laboratory setting. In the Wolfgang lab, Isaac is working alongside other members in developing a murine model of muco-obstructive airways diseases. 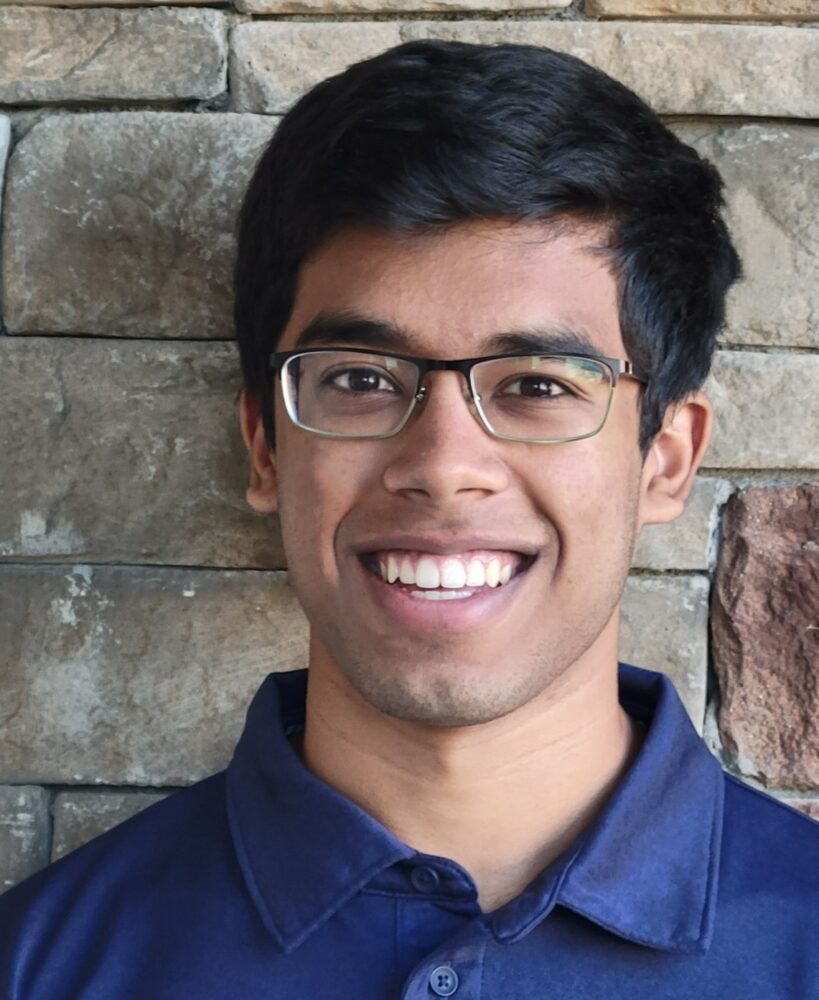 Aditya joined the Wolfgang lab in Fall 2021. He is a freshman at UNC and is planning to major in biostatistics on the pre-medical track. Aditya graduated from Concord High School in Concord, North Carolina, with his IB Diploma. In the summer of 2019, he attended the Summer Ventures in Science and Mathematics program at East Carolina University, where he was first introduced to scientific research. There, Aditya worked in a biomedical research laboratory for a month, investigating the antibiotic properties of honey on Escherichia coli. In the Wolfgang Lab, Aditya is mentored by Matt Higgs, assisting with laboratory duties while learning techniques related to the lab’s research on Pseudomonas aeruginosa.